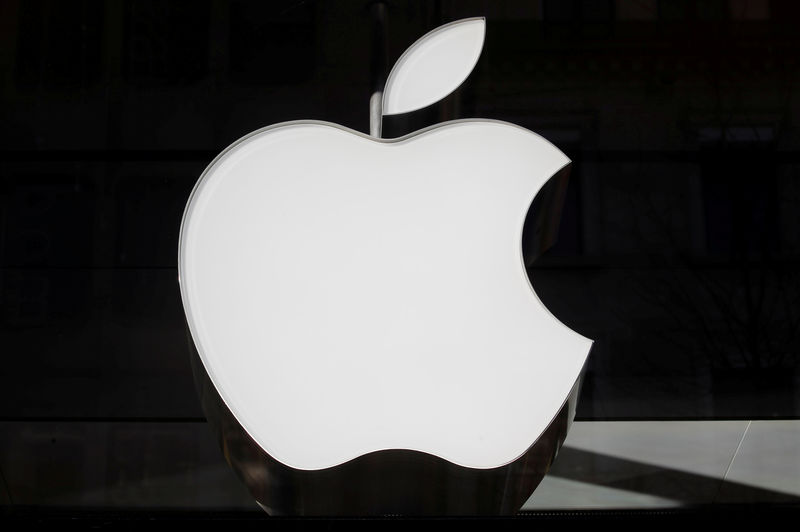 Apple has been jockeying with Microsoft Corp (NASDAQ:MSFT) and Amazon.com (NASDAQ:AMZN) for the title of most valuable U.S. company as all three have passed the symbolic trillion mark.

The Cupertino, California, company first breached a trillion-dollar valuation in August last year. But it fell back as signs emerged of weak demand for its newest iPhones, especially in China, the world's biggest smartphone market.

Apple's shares ended 4.91% higher on Wednesday, valuing it at around $969 billion, based on shares outstanding as of April 22.

That left its stock market value ahead of Amazon and just behind Microsoft, with a market capitalization of $980 billion.

Apple spent a record $24 billion on buybacks during the quarter. Its buybacks last year https://tmsnrt.rs/2vyr2oi topped $70 billion, or around five times its own spending on research and development.

At least eight brokerages hiked their price targets on the stock following Apple's report, with Jefferies making the most aggressive move by raising its target by $50 to $210.

Analysts said iPhone demand in China was getting better as Apple cut prices, upgraded its device financing program and benefited from improved trade dialogue between the United States and China.