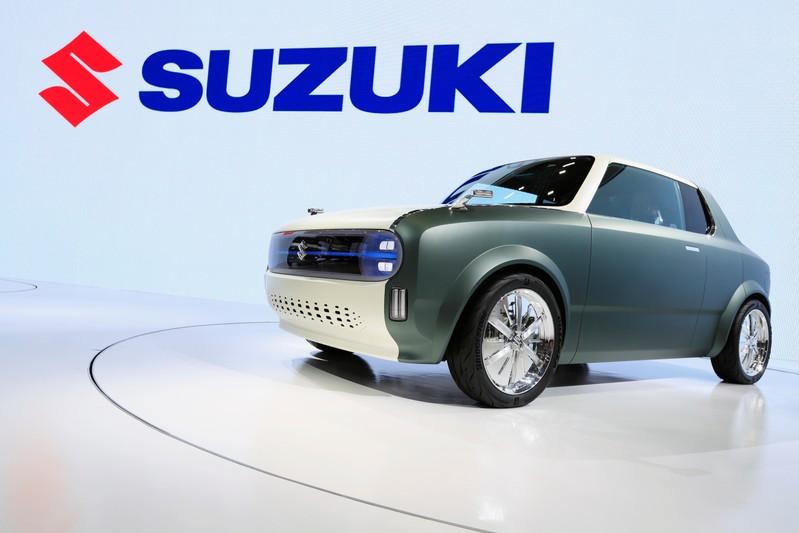 At the Tokyo Motor Show that starts on Thursday, Toyota Motor <7203.T>, Nissan <7201.T> and others are due to show prototypes of one- and two-seater electric vehicles (EVs) designed for short distances with limited top speeds.

They are betting such EVs are best-placed for Japan's narrow streets, cramped parking spaces and rapidly ageing society, and that the vehicles will eventually catch on globally too as the elderly population grows. But the jury is still out on whether these vehicles will work overseas.

The Japanese strategy is in contrast to that of General Motors , Volkswagen and other global players who are focusing on normal-sized passenger vehicles, including SUVs, to compete with the top-selling Tesla Model 3 EV sedan.

Toyota's new, ultra-compact BEV seats two people and has a top speed of just 60 kilometres (37 miles) per hour and a range of 100 kilometres on a single charge. At a length of 2.49 metres, it is a little over half the size of the Tesla Model 3.

Japan's top automaker, which pioneered "green car" technologies with the Prius gasoline hybrid more than 20 years ago, has long argued that all-battery EVs are best suited for short trips due to high battery costs.

"It's difficult to apply the same technology to all driving needs," said Akihiro Yanaka, a manager at Toyota's EV product development and planning department, at a preview for the ultra-compact BEV, which goes on sale in Japan in late 2020.

"So if we can leverage the strengths of battery electric technology into smaller vehicles, we'd like to initially focus on that application."

MINICAR OF THE FUTURE

Nissan, Japan's No.2 car maker, too is pushing its new IMk as a futuristic expression of a "kei", or minicar.

Kei cars, which represent about a third of all Japanese passenger car sales, are the low-cost, fuel-sipping vehicles marketed almost exclusively for the domestic market and normally start around $10,000.

Toyota did not provide pricing details for the ultra-compact BEV.

Japanese automakers are not the only ones to see smaller EVs as the short-term solution to the high-cost and limited range of battery EVs. Small EVs have been on the global market for the past decade, since Daimler AG's Smart brand launched a battery electric version of its Fortwo model.

But they have yet to go mainstream partly due to a starting price north of $20,000, similar to many family-sized gasoline sedans, and a lack of demand in North America.

Nissan and Toyota are for now planning their tiny EV models for the home market and see the possibility of marketing them overseas in the future, as emissions regulations tighten particularly in Europe and China.

While it is unclear if these pint-sized cars will be able to find traction in, say, the sprawling suburbs and highways of the United States, some industry players believe these mini EVs will help meet a need for a wider range of mobility products as more people age worldwide.

The need for small EVs is already being felt in Japan, which is "facing more issues involving elderly people and mobility, due to the rapidly ageing population", said Satoshi Nagashima, managing partner at Roland Berger Japan.

The consulting firm is exhibiting a low-speed, remote-controlled, compact EV at the Tokyo Motor Show. The car is aimed at shuttling passengers around hotel and venue grounds.

"Small vehicles which run over shorter distances at lower speeds are becoming a particular niche here," Nagashima said, adding that the sector could become the next battleground for automakers and other mobility companies.

This story has not been edited by Firstpost staff and is generated by auto-feed.