Up to 10GW of floating wind could be deployed across 10 markets by 2030, says Wood Mackenzie 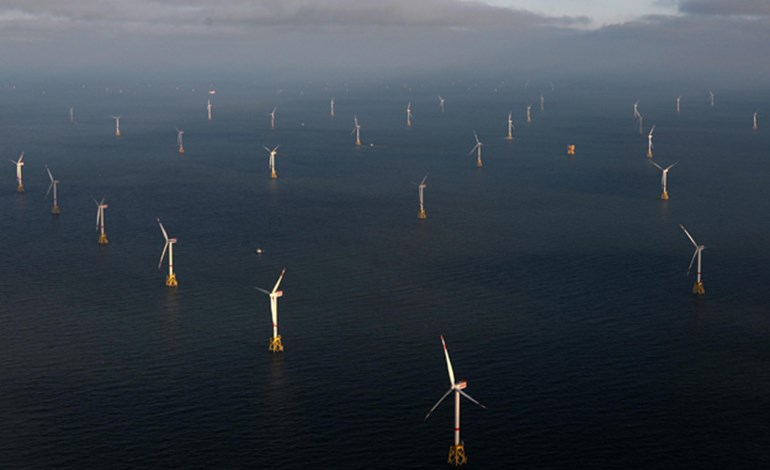 Offshore wind will constitute 25% of total wind demand in 2028, up from 10% in 2019, according to new figures from Wood Mackenzie.

The analyst outfit expects cumulative offshore wind capacity expected to increase more than seven-fold by 2028, due in part to progress in floating wind over the next decade. Offshore wind is expected to “narrow” the gap with offshore upstream oil and gas in terms of capital expenditure deployment.

Wood Mackenzie global offshore wind director Rolf Kragelund said: “Floating offshore wind is gaining momentum. The evolution of the offshore wind sector will have a positive impact on the floating wind industry.
“The 350MW-plus of floating demonstrators that are set to be deployed by 2022 will strengthen its case.”

More than 75 floating wind concepts have already been introduced and experienced developers are starting to “position themselves more aggressively” in the floating industry by forging alliances and building up floating wind pipelines, according to Wood Mackenzie.

He said policy makers “need to get onboard” and develop a clear route to market if the floating wind industry is to become a “true” commercial success.

“Despite this, up to 10GW of floating wind could be deployed across 10 markets by 2030 if new regulatory frameworks are formed.”

Pipelines are “piling up” across the globe as offshore wind targets expand but thus far regulatory frameworks exist in only nine countries, said Kragelund.

“With a lack of commitment from governments, uncertainty remains concerning the pace and scope of the deployment of offshore wind. For offshore wind to go global and become a mainstream source of electricity, more governments need to offer a clear and stable route to market.”

Kragelund said: “Margin squeeze is already a theme in the value chain, particularly following a steep decline in bid prices. Growth and spread of demand, combined with local content policies and larger components, will pile further pressure on the supply chain.

Developers will be increasingly exposed to fluctuations in wholesale electricity prices as the offshore wind industry transitions to merchant risk markets throughout the 2020s.

“The risk from merchant price exposure will change the way offshore wind projects are financed. Consequently, a better understanding of merchant risk exposure and captured prices for offshore wind is needed to capture the forecasted growth in merchant markets.

“To successfully manage this, companies will need to absorb part of the merchant risk and find new ways to close funding gaps between senior debt and equity in financed projects,” said Kragelund.