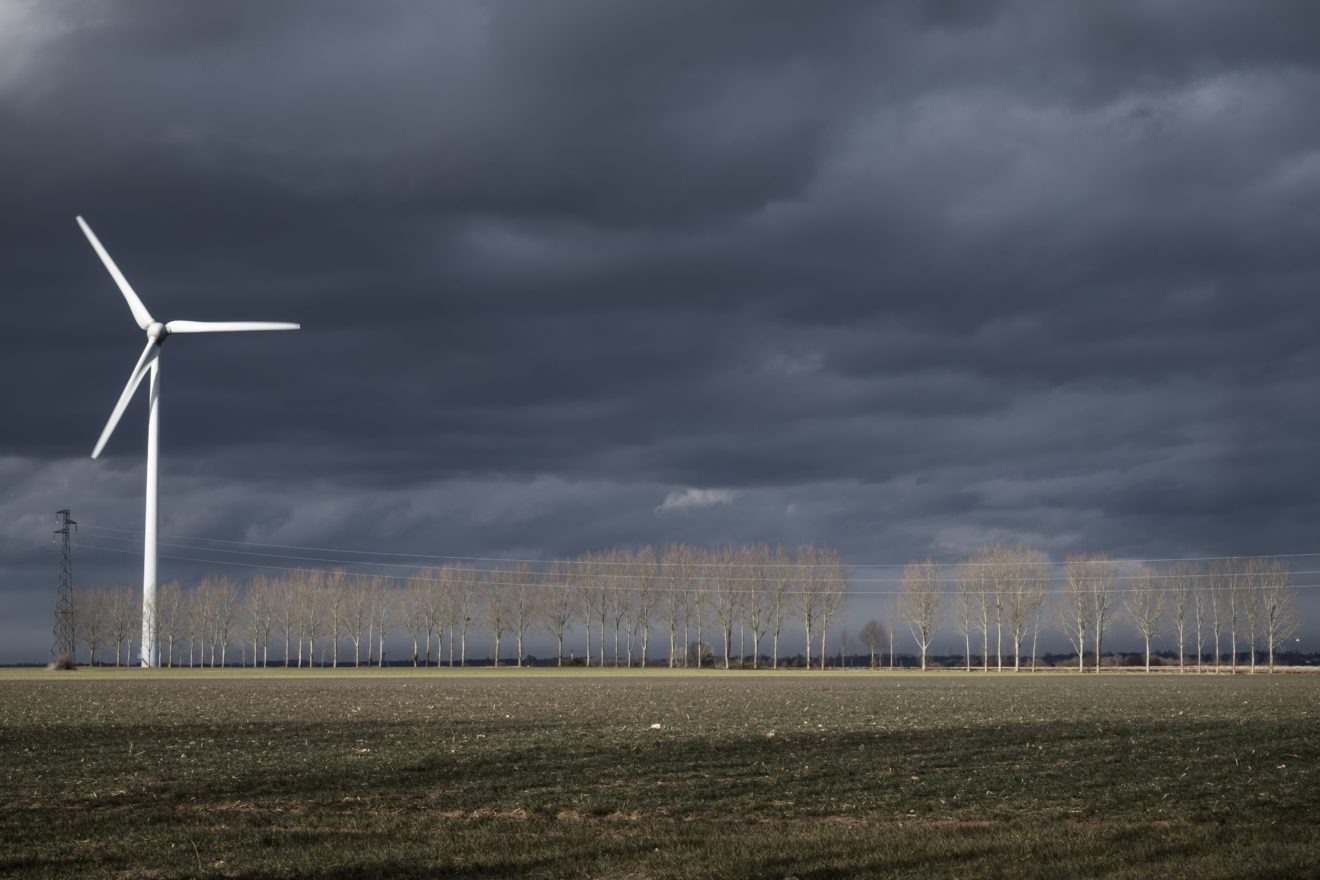 France has the lowest-emitting big economy in the world thanks to the nuclear power that generates about three-quarters of its electricity, but President Emmanuel Macron has promised to power down some of those reactors and bring nuclear down to 50 percent of its power mix by 2035.

In its place, Macron wants France to have a third of its energy to come from renewables by 2030, which means the onshore wind that currently generates about 4 percent of France’s electricity will have to more than double within a decade.

Pauline Le Bertre, CEO of industry lobby France Énergie Éolienne, said one of the biggest obstacles to wind development is the French military, which has effectively banned "wind farms on between 45 and 47 percent of French territory because of military and aviation regulations."

Le Bertre said turbines cannot be placed within a 30-kilometer radius of radar installations out of fear that they might interfere with the signal, which makes it difficult to find free land for new developments.

"The population is quite spread out here," she said. "In many parts of the country you just don’t have spare fields in which to place a wind farm."

The French wind energy sector has long pressured the military to employ the use of infill radar systems which use 3-D beams to distinguish between planes, turbines and other ground-level clutter while detecting targets and estimating their height.

The systems, originally developed in Denmark in 2008, have since been approved for use near military installations in the U.K. and were recently installed at Glasgow’s international airport.

Le Bertre said that the technology "would eliminate the interference ... but the army has no interest in addressing the issue."

She also complained that military authorities also rejected modifying the regulation that obliges turbines to be topped by blinking red beacons to ward off low-flying aircraft.

"That light is a huge nuisance to civilians who want dark skies in the countryside," she said. "In other countries, turbines are equipped with a special detection system that only activates the beacon when planes are nearby, but here again the army wasn’t willing to discuss it."

Defending radars
The French defense ministry denied that its regulations have a big impact on new wind developments. A ministry spokesperson said in an email that the rules were there to "ensure the safety of the French" and it "cannot compromise on this point."

"The military is very supportive of the development of wind power and does its utmost to find solutions that promote the achievement of public energy policy objectives," the spokesperson said, pointing out that more than 1,000 wind turbines had been built in areas used for military operations.

The ministry said it is looking into radar exclusion zones and contemplating "the installation of additional military radars, interconnected with the national surveillance network" in high wind zones. The results of an upcoming study, which aims to establish if radars can coexist with wind farms, are expected at the end of February.

While wind may be a problem, the same doesn’t apply to all renewables. The military said it had recently rolled out a new energy strategy focused on reducing its dependence on petroleum projects and set aside more than 2,000 hectares of land for the development of photovoltaic projects during the next five years.

According to the French military, more than 9,000 square kilometers of military areas with high wind potential were "released" following a ministry reassessment in 2018, but even with the military veto lifted, development in those areas has been hampered by other regulatory constraints.

"The obstacles are like confetti: they’re everywhere," said Le Bertre, who added that biodiversity regulations aimed at protecting local and migrating bird species were especially onerous in the southern half of the country.

"Every roadmap calls for multiplying our onshore wind production by at least 2.5 by 2028," added Le Bertre. "Without strong political will we’ll keep developing infrastructure, but we won’t meet the goal."

France’s planned wind expansion is in line with the larger, European Green Deal objective of dramatically expanding renewable energy — including onshore wind — so that at least 32 percent of the bloc’s energy needs come from renewables by 2030.

But such a boost in wind power is unlikely to happen if Paris doesn’t take steps to slash the red tape hampering new wind developments. According to industry group WindEurope, new French onshore projects take six to eight years to get off the ground because of regulations and permitting processes.

"As someone who spent years working for the French state, I know that regulations don’t just exist for pleasure: they address the concerns of the people and protect landscapes and biodiversity," said EDF Renewables CEO Bruno Bensasson. "But regulations could be simplified, clarified."