Oil Prices Jump Over 3% Ahead Of Inventory Data

Oil prices jumped more than 3% on Tuesday afternoon in the runup to the much-watched API crude oil inventory data report as doubts continue to be raised about OPEC’s ability to respond to an increase in demand.

On Monday, the narrative was precisely the opposite, as Omicron fears cast doubt over the short-term oil demand effects, particularly with China, which has a habit of aggressively locking down infected regions to slow the spread of the virus. But by Tuesday, the market had swung the other way on reports that OPEC+’s spare capacity will dwindle into the second half of the year as it gradually increases output targets between now and then at the rate of an additional 400,000 bpd each month.

Another catalyst for higher oil prices is the weaker U.S. dollar, which makes oil less expensive for those countries holding other currencies. 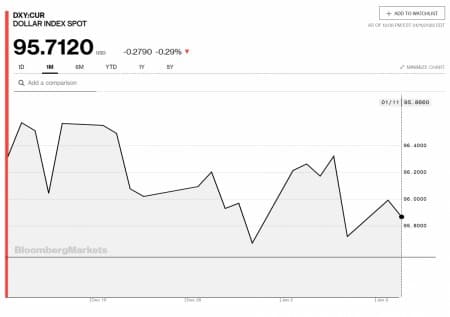 Finally, OPEC+’s inability to ramp up production as quickly as it has agreed to is also lending support to crude oil prices. While the larger OPEC+ group has agreed to increase output at 400,000 bpd, it has been unable to achieve this volume in any month. For December, the smaller OPEC group managed to increase output by just 70,000 bpd up from November, quite shy of the 253,000 bpd that was its share of the 400,000 bpd hike that OPEC+ agreed to.

OPEC+ has agreed to increase another 400,000 bpd in February, but as OPEC+ increases production each month to varying degrees, its excess capacity dwindles, diminishing OPEC’s ability to respond to increased demand.

On the dollar front, the dollar weakened in part because traders are wary of December inflation data that is set to be released on Wednesday, and in part due to anticipated interest rate hikes by the federal reserve.