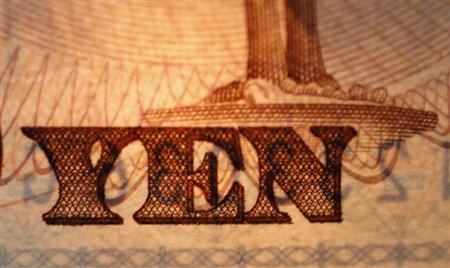 (Reuters) - Concerns over the sharp depreciation of the Japanese yen are overstated and the Bank of Japan should act with more resolve to escape deflation that has long plagued its economy, the International Monetary Fund said in a report to the Group of 20 published on Thursday.

The report, circulated among G20 finance officials in Moscow last week, said a doubling of Japan’s inflation target to 2.0 percent and a switch to open-ended asset purchases was a move in the right direction. But it said more was needed, such as substantially expanding the asset purchase program.

The G20 meeting was marked by concerns over a possible "currency war" after comments by Japanese officials on February 8 that the yen had weakened more than intended, suggesting the authorities were targeting a specific value for the yen.

The IMF also said the U.S. dollar had depreciated modestly "toward medium-term fundamentals".

The IMF said economic activity across the globe was slow to pick up despite improved financial market confidence.

"Lead indicators suggest that real activity will strengthen only gradually, as easier financial conditions take time to transmit to the broader economy," the IMF said.

It said policymakers could not afford to become complacent, especially in the euro zone where more progress is needed toward a banking union and more fiscal integration.

It urged the United States to act early to raise the debt ceiling and avert automatic spending cuts, warning that any delays could roil financial markets.

"If a resolution is not found, confidence in U.S. policymakers could rapidly erode, with potentially large spillovers to the rest of the world," the IMF said.

It said fiscal consolidation in advanced economies, where governments are struggling to boost growth, should proceed at a "gradual and sustained pace.