How HTC Lost Its Way With Smartphones 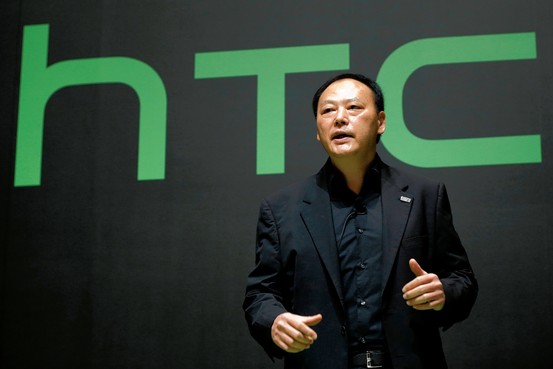 ’I’m not going to find another job,’ says HTC chief Peter Chou, responding to criticism of his company’s performance.

"I know you guys want to ask, will I quit," Mr. Chou says in an interview at the Taiwanese smartphone maker’s headquarters on the outskirts of Taipei. "There are a lot of rumors that say I would quit, but I never said that. I’m not going to find another job."

The 56-year-old Mr. Chou has been on the defensive lately. HTC’s stock has lost four-fifths of its value since 2011, when the company trailed only Apple Inc. in U.S. smartphone sales. 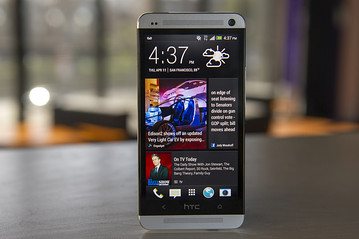 The HTC One smartphone was marred by delays due to supply problems at HTC.

Now, marketing missteps, shipment delays of its flagship smartphone and the rise of new competitors over the past year have pushed the company out of the top five smartphone brands in the U.S. Meanwhile, a string of recent high-level executive departures also has raised concerns about the company’s future.

Interviews with current and former executives reveal the challenges of a company trying to make the jump from a first mover in a nascent smartphone sector into a consistent player in a now-crowded industry.

"HTC made mistakes in its product pricing and it had too many models, which confused consumers," says Jeng-Han Cheng, a senior manager at Taiwan’s Yuanta Financial Holdings, which holds HTC shares. "But they have made improvements in recent months, such as streamlining its product line."

At the center of it all is Myanmar-born Mr. Chou, the core of HTC and a figure who has faced increasing scrutiny amid his company’s stumbles. Mr. Chou was scheduled to speak Friday at HTC’s annual shareholders’ meeting in Taipei where he was expected to defend his company’s performance and strategy.

Employees frequently draw comparisons to Apple co-founder Steve Jobs, saying Mr. Chou has a visionary understanding of what makes a good product and is responsible for his company’s strong designs. But they also call him a difficult boss, who can have a short fuse and often makes 11th-hour demands.

"We joke that a product’s not done until it’s sealed in the box," a longtime HTC engineer says.

David Yoffie, a member of HTC’s board and Mr. Chou’s former professor at Harvard Business School, says the possibility of changing the company’s chief executive has never been raised during a board meeting.

"The board has a lot of confidence in Peter, and share price is not going to drive decisions on the future of the chief executive," Mr. Yoffie says.

Mr. Chou acknowledges that the company has made some mistakes but notes that HTC has broken its downward slide after fixing supply problems for its HTC One smartphone and installing new marketing leadership. HTC’s revenue of NT$29 billion in May was the company’s highest in 11 months.

"We’ve been working a long time to really understand what it takes for us to build a brand," he says.

HTC is more than doubling its marketing spending this year though it declines to disclose specific figures. With new marketing leaders at the helm, HTC has taken a more aggressive tack, including commenting directly on rivals, such as Samsung Electronics Co.

HTC also has been more careful to avoid technical flaws in its highly rated flagship One smartphone this year, after its main product last year drew complaints for issues like overheating and spots on the screen.

But staying competitive is increasingly difficult as the field has become crowded with competitors, including lower-price Chinese rivals.

HTC started out as a fast-moving company, introducing the first smartphone powered by Microsoft Corp.  software in 2002, and, in 2008, the first smartphone running Google Inc.’s  Android operating system. Originally a manufacturer for other brands, HTC began selling under its own name in 2006.

But as it grew, the hungry underdog lost focus and efficiency, employees say. Mr. Chou admitted as much in an email to employees last year. "The fast growth from the last two years has slowed us down," he wrote. "We have people in meetings and talking all the time but without decision, strategic direction or sense of urgency."

At the same time, HTC’s marketing department found it a challenge to connect with consumers. Rival Samsung had latched onto a shrewd positioning as the anti-Apple, using the tagline, "The next big thing is already here." The Korean company also was expanding its lead by putting massive dollars into marketing.

HTC searched for a clear message, going through two marketing chiefs in last year before a frustrated Mr. Chou went outside the company in search of a replacement.

Several former executives say marketing woes were a point of tension within the company last year, with differing opinions between the company’s core leaders in Taipei and executives with Western backgrounds.

Mr. Chou says there were no geography-based rifts at the company. Some overseas positions have been pulled back to Taiwan in recent months, he says.

For Taiwan, which has long attempted to rise above its contract-manufacturing roots to build its own brands, HTC’s efforts to restore its global brand carry not only its own weight, but the symbolic baggage of a nation’s battered pride.

HTC’s comeback ambitions met a setback this spring, after component shortages for the One caused the company to lose sales in the crucial weeks before the release of a stronger competitor, Samsung’s Galaxy S 4.

"Over time, when we do this many times, we will be more capable on how to manage and balance working on the new things and the execution," Mr. Chou says.

He says he was originally too "hands-off" with marketing but that the department is running better after he installed new chief Benjamin Ho.

Mr. Chou says other recent executive departures reflect only "normal turnover," not any problems with the company. Chief Product Officer Kouji Kodera and Chief Operating Officer Matthew Costello, among others, have stepped down in recent weeks, though the company hasn’t provided details.

"Some people have left, but many others have stayed, so I don’t think it’s a problem," Mr. Chou says. "There’s no need to freak out just because a few people have left."