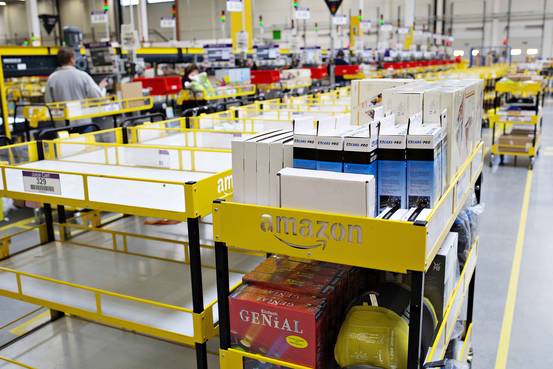 After three years of testing, Amazon.com is hoping to widen the reach of its business customer marketplace site with a rebranding and expanded product selection.

Amazon Business, as the site will be known, will offer some merchandise exclusively to business customers, as well as better prices for some goods, said Prentis Wilson, a company vice president. Amazon is phasing out Amazon Supply in mid-May in favor of the new site, which will require a business license to access.

The new marketplace, which will continue to sell things like beakers, wrenches, and wood sanders, potentially gives Amazon a leg up in a capturing sales that otherwise rely heavily on catalogues and specialty sites like industrial supplier Grainger.

Among the goods offered at special prices on Amazon Business are a Belkin iPad air case for $23.81, compared with $29.81 on Amazon.com and a Fellowes adjustable keyboard tray at $191.43 versus $209.82, according to a spokeswoman.

Wilson declined to say if the distinct pricing on Amazon Business was the result of the Seattle company’s contract with suppliers or whether Amazon is altering the prices itself after paying wholesale.

He said the site will also have business-specific advertising and products not offered elsewhere. Those include scientific goods like antibodies and protein screening kits, among “hundreds of millions” of other items.

In other ways, the site will operate like Amazon.com. Members of Amazon’s $99 Prime program will get unlimited two-day shipping and many of the goods will be stored in Amazon warehouses, said Wilson.

For now Amazon Business will be only for U.S. customers, but Wilson suggested it could expand internationally over time.