Apple Pay could be on the verge of launching in China and France, with the former debut potentially happening as soon as Feb. 18, a pair of reports indicated on Monday. 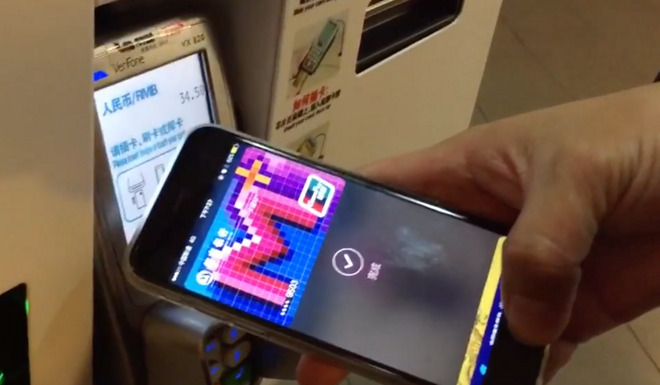 Chinese support is scheduled to start that day at 5 a.m. local time, according to the official WeChat account of China Guangfa Bank credit cards, as spotted by Tech in Asia. When interacting with the account, choosing an option for Apple Pay availability now offers the Feb. 18 date. Guangfa cards are connected with China UnionPay, Apple's official Apple Pay partner in the region.

Shoppers will allegedly need to have iOS 9.2 and/or watchOS 2.1 to make payments.

An announcement for France is expected in the next few months, possibly during Apple's Worldwide Developers Conference in June, a source for iGeneration claimed. There the service is expected to have a number of banks and card issuers in tow, unlike Canada and Australia, which are currently limited to American Express cards.

While Apple has not officially discussed any plans for France, the company is committed to launching Apple Pay in China in early 2016. In late January, some local shoppers reported successful transactions.