HP Looks to Make Its Mark in 3-D Printing

New 3-D printers are up to 10 times faster than competing units, company says 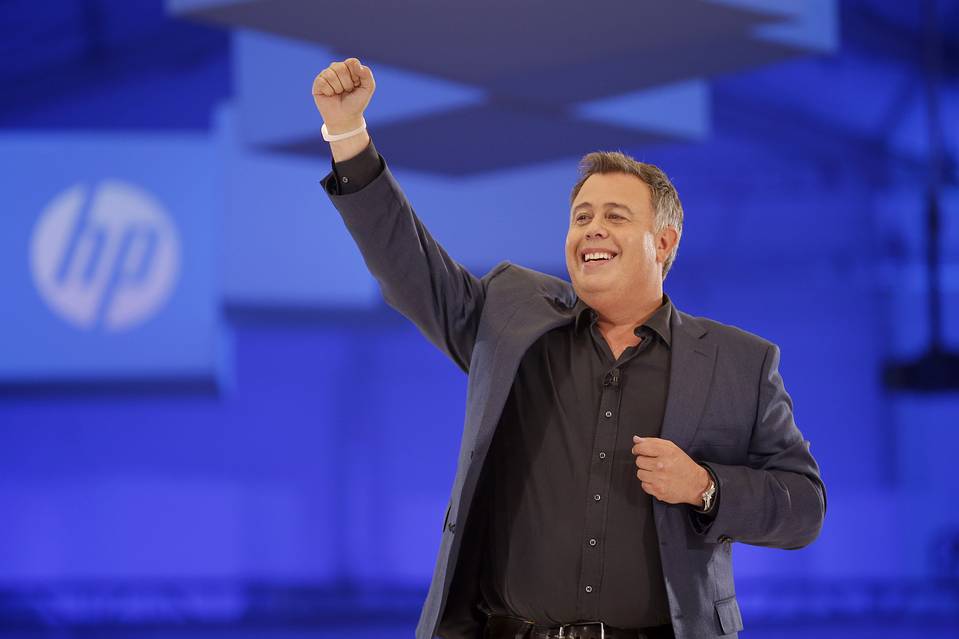 HP Inc. has been typecast as the unglamorous half of the former Hewlett-Packard Co. since the Silicon Valley pioneer split into two last fall. Now it is betting that an ambitious entry into 3-D printing can help build its reputation for innovation.

HP won’t first ship the new machines until late 2016. But the company has started taking orders and is fixing a $130,000 starting-price tag on one of the printers.

Dion Weisler, HP’s chief executive, predicted it could help turn 3-D printing—now used mainly for low-volume or custom-tailored parts and prototypes—into a more mainstream manufacturing method with the capacity to turn out thousands of products a day.

“We see it having an impact that we haven’t seen in 28 years,” said Terry Wohlers, president of Wohlers Associates Inc., a consulting firm that tracks the 3-D printing market.

He estimates the HP systems, entering a market that grew 17% to $1.5 billion last year, can turn out products at about half the cost of available industrial systems.

3-D printing, also called additive manufacturing, deposits successive layers of molten plastic or other materials to build objects according to computer-generated designs. While 3-D printers designed for home use haven’t gained much traction, the technology has long been used by companies to make prototypes or finished goods that are produced in small quantities or need to be customized, like heart valves, aircraft parts, prosthetic limbs, dental and orthodontic products.

Consumer-grade 3-D printers work a bit like glue-guns that squirt out streams of plastic to produce objects one at a time. Some of their industrial cousins, by contrast, fabricate batches of multiple objects as large printing heads make crisscross passes over a bed like a cookie sheet. 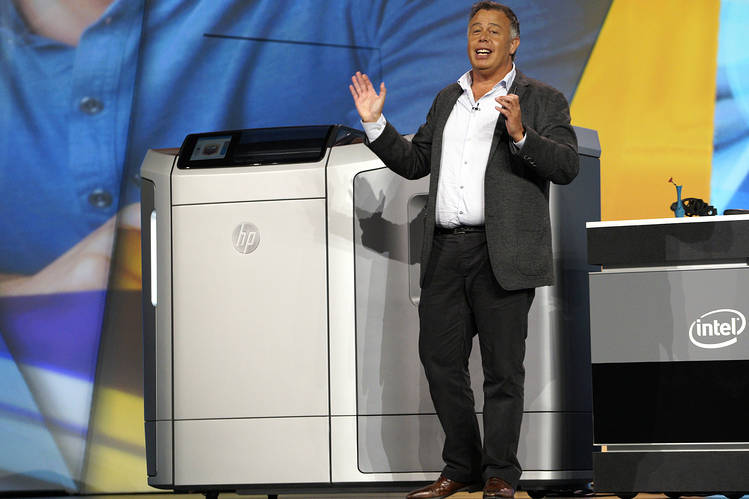 HP’s Multi Jet Fusion technology, as its known, extends that concept with some of the high-precision techniques used in its inkjet printers to apply droplets of ink.

Where computer makers talk of the number of pixels on a display, HP says its 3-D printing is based on cube-like elements called voxels. The company says it can precisely apply materials to up to 340 million voxels a second, executing a series of steps that include applying energy to cause materials to fuse to create finished objects.

HP claims its new printers can create 12,600 copies of a typical plastic gear in the time it would take another industrial 3-D printer to make 1,000.

Shapeways Inc., a 3-D printing service that received an equity investment from HP, expects to soon begin testing one of the company’s new printers at a facility in the Netherlands. Peter Weijmarshausen, the company’s chief executive, said the HP technology could finish in between 12 to 15 hours a production job that other tools might require several days.

“As a result, your cost of parts starts going down substantially,” Mr. Weijmarshausen said.

Other companies that say they have been tracking HP’s progress and making suggestions include design-software specialist Autodesk Inc. and car maker BMW AG, a heavy user of 3-D printing to make prototype auto parts.

“We did not only see major potential in the development of the new printer but also in using it,” a BMW spokeswoman said.

HP still has much to do to gain a foothold in 3-D printing, said Vyomesh Joshi, a longtime Hewlett-Packard executive who previously led its printing efforts and recently became CEO of rival 3D Systems. He said HP would need to build an end-to end business encompassing software, materials and services, while developing a strategy to work alongside other factory tools.

“Productivity is way more than speed,” Mr. Joshi said. “This is a long-term process.”

Gartner’s Mr. Basiliere said it would be important for HP to move beyond making parts in black plastic to incorporate colors, ceramic materials and eventually metals.

Mr. Weisler said HP has “a very long road map” of innovation ahead in the category, with applications for 3-D printing broadening steadily. Even some of the components in the new printers, he said, are made with the technology.

“Our printers are printing themselves,” he said.