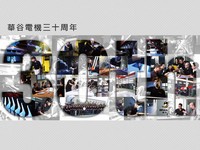 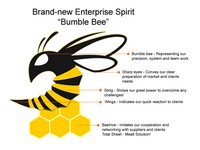 Established in 1983, HWAGUO had six employees in its initial stage.

In 1991, the company purchased CNC sheet metal machines and adopted CAD/CAM network for production ability. And 50 employees were mainly in charge of sheet metal housing processing in machine tools factory.

In 1997 the company launched its international business and aerospace industry. Furthermore, HWAGUO also cooperated with Industry Technology Research Institute for researching and developing sheet metal parts for aerospace industry. It even carried out the QC completely and acquired IS9002 certificate.

In 1998, Taiwan Flying Industrial Co., Ltd was set up to R&D and manufactured sheet metal parts for aerospace industry.

In 2003, exclusively acquired design and manufacturing approval certification of FAA, which brought the new milestone for HWAGUO enterprise group.

In 2005, the factory was expanded and the numbers increased up to 150. The whole network and digitalized production, barcode management and ERP management system have largely enhanced management efficiency and production ability. Due to the strong demands of high quality and short-term delivery of optoelectronics and semiconductor industries, HWAGUO follows out the Toyota management principles and persists on the idea of “Without Wasting”. Through the reasonable total production processing way, it continuously changes production, raises quality, reduces cost and even improves total techniques at the same time. Nowadays, facing the keen competition, the key to be successful for many enterprises is to achieve short-time delivery. HWAGUO as a powerful supporter to the machines and equipment manufacturers provides them special sheet metal processing and in-time material feeding management system for fast service. By doing this, the company wins considerable reputation from industries.