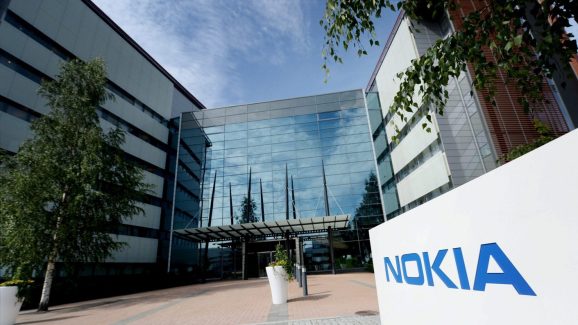 Finland has played a large role in developing and deploying 5G cellular technologies. Now a small group of Finnish citizens is trying to stop the spread of 5G base stations, suggesting that their higher levels of electromagnetic radiation may threaten human health.

Currently backed by over 2,300 supporters, Helena Ertz’s petition (translated) asks Finland’s government to completely ban “5G technology” on one key ground: 5G base stations are more densely placed than their 4G predecessors, increasing citizens’ exposure to potentially dangerous radiation. The petition also posits that “the frequencies used by 5G technology are harmful to health,” a claim Ertz says has been brushed aside, despite support from scientists and doctors in multiple countries.

The Finnish petition isn’t the first effort to halt 5G network rollouts, but it’s ironic given the country’s historic involvement in creating new cellular technologies. Since Finnish citizens have been among the first to be exposed to every prior generation of cellular technology — including experimental ones — there have been endless opportunities to raise concerns before now.

Spurred by Nokia, the University of Oulu, and Finland’s government, Finnish engineers have been involved in developing cellular phones for decades. They were among the first to test 5G networks, a years-long process, and have already started work on next-generation 6G cellular technology. Last June, Finnish carrier Elisa became one of the world’s first carriers to launch a commercial 5G network, another illustration of the small country’s outsized role in moving cellular standards forward.

Despite the push to quickly open 5G networks around the world, small groups in some European and U.S. cities have recently called for bans or delays pending research into the potential health impacts of the new cellular technologies. These health-focused movements are generally but not always separate from efforts to stop or slow down 5G rollouts based on local aesthetic concerns or loss of zoning revenues.

These claims have largely been dismissed by both electronic engineers and governments. Radio waves are believed to be non-ionizing — incapable of deep penetration into the body or changing cellular structures, apart from generating heat — which is the reason radios, televisions, and cell phones have become internationally ubiquitous over the years. People have tolerated higher-frequency emissions from microwave ovens, satellites, and airport body scanners for years, seemingly without health impacts.

But the debate over wireless radiation isn’t over. Prior to the rollout of 5G, government agencies such as the U.S. Centers for Disease Control and Prevention took a “wait and see” approach, suggesting that additional research is needed to conclusively determine whether cellular devices can impact users’ health — but hasn’t called for cell phones to be banned as research continues. By contrast, the Finnish petitioners are demanding a 5G ban, then a thorough study of wireless radiation impacts, followed by clear limits on the exposure of electromagnetic radiation in common spaces.

Whether Finland’s government will act on the petition remains to be seen: 50,000 signatures are needed to force the parliament to officially consider it, and it’s at less than 5 percent of that level now. A $20,000 Kickstarter campaign to get the U.S. government to research and publicize the supposed health effects of 5G currently has 14 days left to get beyond its current $2 of support from two backers.